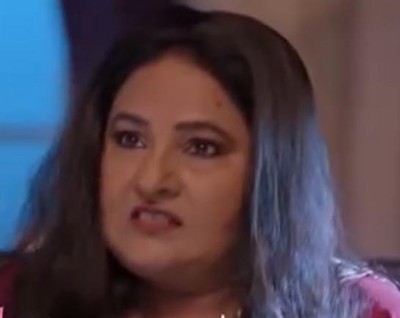 Colors tv popular show Choti Sardarni is about to witness some major drama in the upcoming track.

As we know Kulwant has returned and has some other plans against Dida.

Seher asks Dida to let Kulwant live with them.

Dida thinks that this time she can’t go against Seher because she needs her and Sonu so she is ready to tolerate Kulwant.

Later, Kulwant reaches Dida's room and holds the knife hears Dida's neck and takes her to another room.

Kulwant tells her that she stayed in the mental hospital till now but now that she is with her granddaughter she won't let anyone harm Seher.

Dida gets shocked seeing that Kulwant is fine and she knows everything.

Kulwant tells Dida that she can't play with her as she is the champion.

Rajveer and Seher come there and Dida was about to reveal the truth about Kulwant but she could not.

Kulwant acts to be scared of Dida and Seher takes her from there.

In the upcoming episode, Dida plans to find out the secrets of Kulwant.

Will Dida succeed in her plans?

Choti Sardarni: Seher to confess her love to Rajveer

Choti Sardarni: Seher to confess her love to Rajveer Colors...

Shocking! These shows to go off-air soon on Colors

Shocking! These shows to go off-air soon on Colors Nothing ...