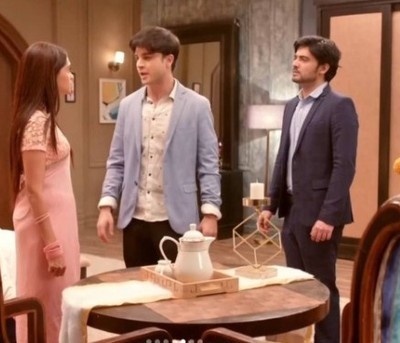 Zee TV's show Kumkum Bhagya is up with high drama and action.

It is seen that Rhea and Alia succeed in their mission to instigate Ranbir against Prachi.

This leaves Prachi fuming and she warns Ranbir to stop defaming her.

However, Ranbir crosses all the limits and hooks up Sid and Prachi with his dirty mind.

This infuriates Prachi and she slaps Ranbir hard leaving him shocked.

Furthermore, things heat up and Ranbir decides to end his relationship with Prachi.

Pallavi throws Prachi out of the house

On the other hand, Rhea reaches home and instigates Pallavi against Prachi with her crocodile tears.

Thus, Prachi is seen as the house breaker and a fuming Pallavi bursts out at her.

Moreover, she throws Prachi out of the house leaving her helpless.

Meanwhile, Sid gets the CCTV footage of the hotel to find out the mastermind behind all the drama.

Now let us hope Sid manages to expose Alia and Rhea and clear his and Prachi's name.

Keep tuned for further updates on the show.