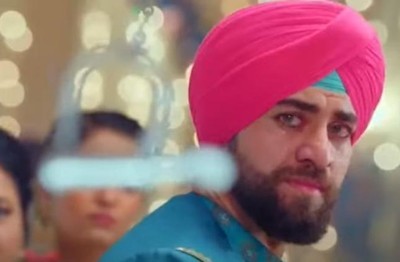 It was earlier seen that Dida attempts to kill Kulwant but she gets saved.

Kulwant reveals that Dida wanted to kill her leaving everyone shocked.

On the other side, Kulwant calls Seher and reveals that she was lying to her about her mental health and apologizes.

Kulwant tells them that Dida wanted to kill her and she also reveals the truth about Kunal to Seher.

Seher breaks down learning the truth

Kulwant tells Seher that it was Dida's plan against Kunal to separate them for a child.

Rajveer gets shocked learning about Dida's truth and he takes Dida's blame saying that he killed Kunal.

Seher refuses to believe and asks Rajveer to swear on her while he removes his hand and confesses his crime.

Police arrest Rajveer for Kunal's murder while Seher gets heartbroken learning the truth.

Choti Sardarni: Seher to confess her love to Rajveer

Choti Sardarni: Seher to confess her love to Rajveer Colors...