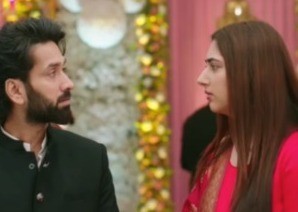 It is seen that Priya gets Mahendra Sood arrested by registering a case of an attempt to murder.

This leaves Ram stunned and he wonders how strong is Priya to get her own father arrested.

Further, he is more shocked as he gets to know that Mahendra Sood would not get bail.

However, he doesn't show his concern or worry to Priya and behaves cold with her.

He gets back to his regular routine by eating pills for acidity hurting Priya.

Further ahead, Priya feels worried for Ram as he has once again started taking pills for everything.

Though they care for each other, none of them take the initiative to resolve the matter.

This leads to more misunderstanding between the two worsening the problem.

Now it will be highly interesting to see how will things settle between Ram and Priya.