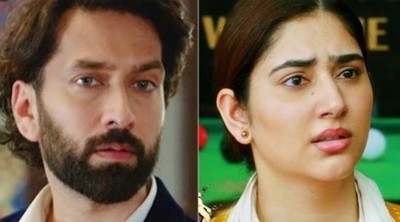 Now that the truth is out that Neeraj had leaked the video of Raj, his job is at stake.

Hence, he approaches Nandini and Vedhika to help him out.

He indirectly hints about the consequences if his demands are not fulfilled.

Shockingly, Nandini agrees to hand over their bank accounts to Neeraj to handle in order to keep him shut.

However, she decides to use him to split Ram and Priya.

Further ahead, Nandini invites him for Karvachauth and makes a plan with him.

Further ahead, Neeraj calls Priya out and meets her.

Ram secretly watches them and gets angry seeing them together.

To make things worst, Vedhika tells Ram that Priya had proposed to Neeraj on the day of her marriage.

Shockingly, Ram believes her and gets infuriated by Priya's double face.

Let us hope Ram and Priya confront each other and solve all the confusion.

Stay tuned to get more exciting news on your favorite show.