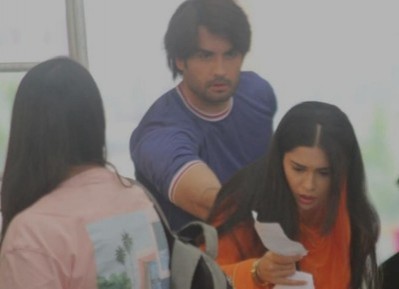 Colors tv latest show Sirf Tum is gearing up for some interesting twists and drama.

Ranveer crosses paths with Suhani at the college and puts her into trouble in their first meet itself.

Suhani's admission paper gets torn but Ranveer enters the room without anyone's permission and brings forms for her.

Riya is Ranveer's friend who loves Ranveer and is possessive about him.

On the other side, Riya is also Suhani's friend but Suhani's father hates the company of Riya.

Ranveer falls in love with Suhani

In the upcoming track, Ranveer gets into a fight losing his temper over the opposite team captain when he provokes him.

Meanwhile, Suhani accidentally falls over the guy and Ranveer was about to hit her and he stops there looking at her.

Ranveer falls in love with Suhani at first sight and gets lost in her.

It will be interesting to see what more crises will Ranveer and Suhani will have to face.