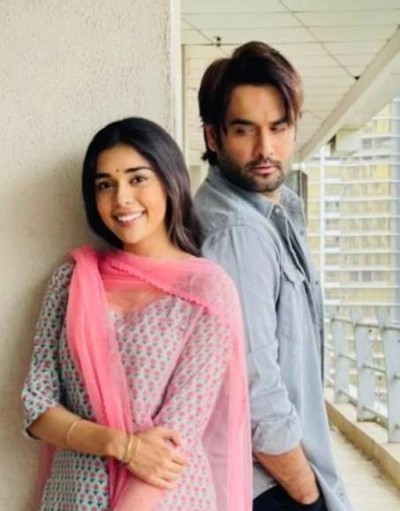 Colors' new show Sirf Tum is the journey of Ranveer and Suhani who are poles apart from each other, but their love is out of the ordinary.

Ranveer is fierce who can go any limits to get what he wants and will fall in love with Suhani at first sight.

On the other side, Riya is the mutual friend of Ranveer and Suhani.

As per the current track, Suhani's father does not allow Suhani to live her life freely and sets restritions for her.

Sudha drops Suhani at her college and she meets her friend Riya.

Suhani gets excited to see the college and tells Riya that the college looks like the collges of Karan's Johar's movie.

Ranveer falls in love with Suhani

Suhani asks Riya about her as someone special to which she replies that he studies here and tells her that they are her seniors so she should talk with respect.

In the upcoming track, Ranveer and Suhani will crash into each other.

Ranveer will fall in love at first sight with Suhani while Riya will turn possessive towards Ranveer.