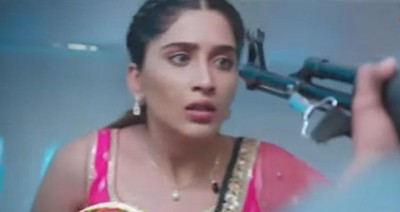 Colors' tv popular show Choti Sardarni is about to showcase some interesting twists in the upcoming track of the show.

As per the current track, the terrorists will attack the same fight in which Seher will be boarding.

The terrorists will hijack the fight and Seher and others life will be in danger.

The leader Azhar recalls his plan to take the flight to Afghanistan after hijacking it.

Azhar informs his team that Seher is a VIP member so the chief minister will have to obey their orders.

Seher falls into a huge trouble

Kulwant and the kids get afraid as the fight is about to take off while Seher plays music and motivates them.

On the other side, Azhar thinks that the Indian government will have to listen to his orders after knowing that Seher's life is in danger.

The terrorists will hijack the fight and will put Seher at gunpoint.

OMG! What will Seher do now?

What will Seher do now?