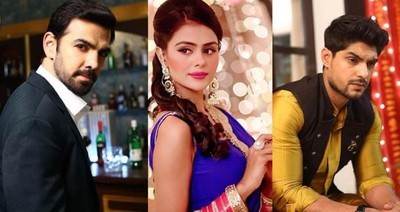 Colors' tv popular show Udaariyaan is adding all sorts of dramatic moments into the story to make the episodes spicy.

Angad and Tejo are all set for their fake engagement with Fateh and Jasmine's wedding twist.

On the other side, Tejo thinks that Angad hides something behind his smile.

Moreover, Angad did not reveal about his past to Tejo and keeps it a secret.

As per the current track, Fateh and Angad both share their secrets with each other in an intoxicated state.

Later, Angad and Fateh worry about revealing the truth to each other.

Angad's past story to be revealed

In the upcoming track of the show, we will get to see Angad's past story.

Moreover, there will be two new entries in the show of Angad's wife and her daughter.

Is Angad divorced too?

Udaariyaan: Tejo to go on a lunch date with Angad

Udaariyaan: Tejo (Priyanka Choudhary) to go on a lunch date ...

Udaariyaan: Tejo warns Fateh to stay away and walks off

Udaariyaan: Angad finally reveals his past to Tejo

Udaariyaan: Fateh out his mind fights with Angad

Udaariyaan: Fateh (Ankit Gupta) out his mind fights with Ang...