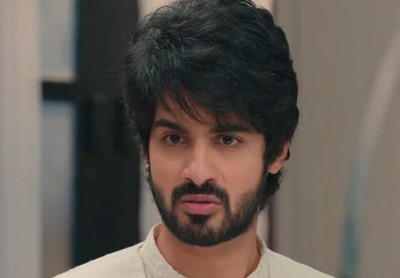 Star Plus's popular show Yeh Hai Chahtein has glued the audience to the television screen with its share of twists and turns.

Mishka gets disappointed by not receiving the lehenga of her choice.

Later, Rudraksh surprises her with a designer lehanga of her favorite color.

Rudraksh feels that someone is conspiring against Mishka and decides to find the culprit.

Venky thinks that he will ruin every ceremony of Mishka and will not let her be happy.

Rudraksh checks the CCTV footage to find out the truth while the security shows him another footage where Venky is seen throwing a sweet box in the dustbin.

Rudraksh checks the box and finds siccors in it and a piece of dress that he bought for Mishka.

Rudraksh gets shocked and decides to find out the reason behind Venky's conspiracy against Mishka.

Will Rudraksh learn the truth?