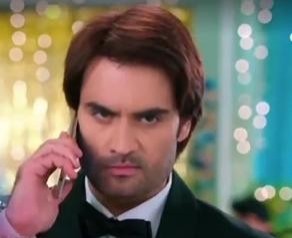 Colors' tv popular show Sirf Tum is about to showcase some interesting twists and turns in the upcoming track of the show.

Ranveer gives Suhani's responsibility to his friends and asks them to take care of her in his absence.

On the other side, Ranveer's family gathers for a Grand celebration at his house where Riya also joins with her father.

Rishi stops Suhani and asks her to dance while she feels uncomfortable and tells them that it is illegal.

Rishi mocks Suhani and continues ragging her while Suhani tries to escape from the place.

Ranveer gets into an ugly fight

Ranveer gets furious learning about the ragging and he leaves the party in the middle and rushes to the college.

Ranveer reaches there and gets into a huge fight with Rishi and his boys.