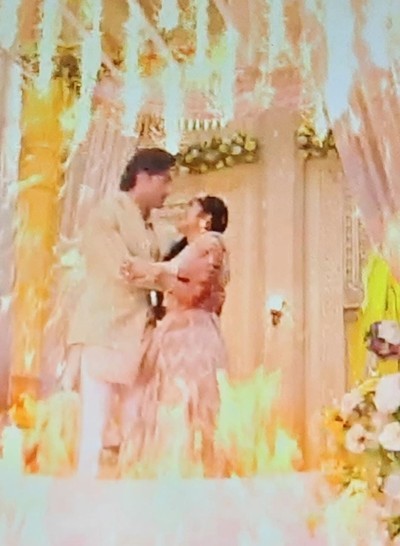 While Krisha's post-wedding rituals are going on, some of the other problems ruin it.

This time there is a shocking twist while the ritual is happening that leaves Krisha's life in danger.

Jaya Maa misplaces the secret room keys where Devraj's first wife is hidden and this creates a huge problem.

The helpers leave the room unlocked and Devraj's first wife escapes the room.

While running through the corridor, she drops a candle that sets the curtain on fire.

Shockingly, Krisha is caught amid the fire while Devraj jumps in to save her.

Later, while everyone is guessing the reason for the fire, Krisha makes a shocking revelation.

She mentions seeing a lady in ghunghat running through the corridor leaving all shocked.

Further, Roma and Jaya Maa decide to secretly shift her to some other place.

Will Krisha find out the truth about Devraj's first wife?

Let us wait and watch how the story will shape up further.