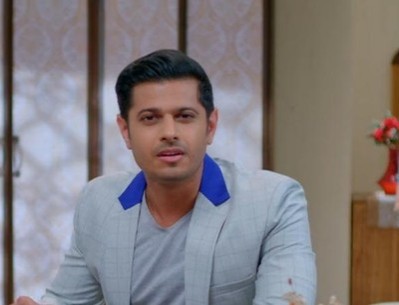 Virat and Sayi's life is about to face a new storm with Virat's exit from Chavan Nivas.

Sayi will be in pain after Virat's exit as her love confession remains unsaid.

On the other side, Pakhi will take the advantage of Virat's absence and make Sayi insecure.

Shockingly, we will get to witness a new entry in Virat's life which will create problems in Virat and Sayi's relationship.

The twist in the story is, Sadanand who will be declared dead will not actually be dead.

Sadanand will be conspiring against Virat due to which he will trap him by making him take care of his wife.

Sadanand who is no more Virat's friend will be seen creating problem in the relationship between Virat and Sayi.

Will Virat learn about Sadanand's conspiracy?

GHKKPM: A new change in Virat with a new responsibility troubles Sayi

GHKKPM: A new change in Virat (Neil Bhatt) with a new respon...

GHKKPM: Third angle in Virat's life as his wife not Dost