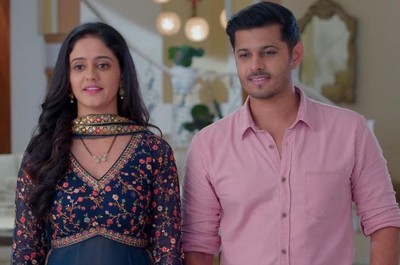 Star Plus's popular show Ghum Hai Kisi Ke Pyar Mein is about to showcase some unexpected twists and turns in the storyline.

As per the current track, Sayi finally after realizing love for Virat decides to confront him.

Sayi decides to ask Virat about his feelings for her after shifting to his room.

Unfortunately, Virat gets ready to leave for his important mission and he informs Sayi about it.

Pakhi warns Sayi of prediciting a third-wheeler in her relationship with Virat.

Virat falls into a trap

Virat will fall into big trouble as Sadanand will trap Virat in his plans.

Sadanand will be shot during the fight and he will give his wife's responsibilty to Virat as his death wish.

Shockingly, Virat will take up the responsibility but will hide it from Sayi and Chavan's.

Will Sayi learn about the upcoming storm in her life?

GHKKPM: Third angle in Virat's life as his wife not Dost