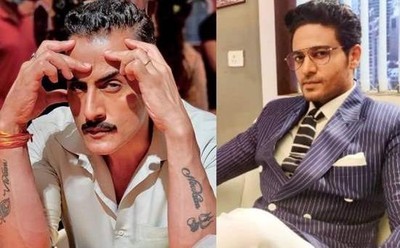 The upcoming episode of Star Plus popular serial Anupama will showcase interesting drama.

It was earlier seen that Vanraj and Anuj has met earlier where the duo got drunk and showed good rapport.

Once again Vanraj and Anuj are all set to come together in good terms where still nothing much about their track is out.

On the other side Vanraj openly spoke to Anupama that he hates Kavya now and wants to teach her lesson.

Anupama wishes Vanraj all the best as she does not have time for Vanraj but she wants to think about Anuj.

Vanraj realizes his past mistakes where he humiliated Anuj for offering him job.

Vanraj feels guilty tries to sort out past with Anuj

Vanraj feels guilty about the same and talks to Anuj to sort out their past issues.

Also as the last hope Vanraj decides to seek help from Anuj to set up his new business.

The foremost question should Anuj help Vanraj post the humiliation he faced?