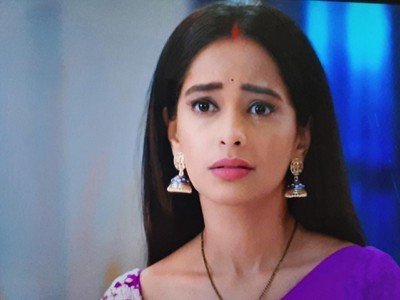 Zee TV's popular show Kumkum Bhagya is gearing up for a new drama with Rhea and Ranbir's marriage.

As seen, Rhea creates an emotional drama threatening suicide that leaves everyone worried.

Further, Pallavi too pressurizes Ranbir to marry Rhea and save her from this suicide attempt.

Finally, Ranbir gives in to this pressure and agrees to marry Rhea.

However, the shocker is that Prachi finds out about her pregnancy.

She is happy with the news but feels broken not being with Ranbir to share the best phase of her life.

Now Prachi is in a huge dilemma if she should continue the pregnancy or not.

With much courage, Prachi continues the pregnancy but keeps it a secret from Ranbir.

She is heartbroken by Ranbir's dirty accusations and does not want to hear bad for the baby.

Will this remain a secret from Ranbir while he marries Rhea?

Will Ranbir accept the baby as his and get back with Prachi?