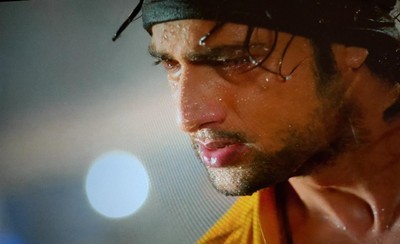 As seen, Abhimanyu is not able to bear the news of Niyati and Dr.Anand's marriage.

Left with no other option, Abhimanyu's mother Manorama rushes to Niyati's house as Abhimanyu hurts himself.

Seeing her leaves Niyati's parents shocked and worried while she sheds tears for her son's safety.

Further, with much courage, she pleads them to send Niyati to Abhimanyu as his life is at risk.

Niyati's parents are in a fix and refuse to let Niyati meet Abhimanyu.

Manorama is hurt and understands their fear and guarantees to safeguard Niyati.

Their confrontation brings back many old memories and Niyati's parents worry for her.

Meantime, Niyati arrives and is shocked to see Abhimanyu's mother pleading at her door.

This breaks her heart and she walks away with her to see Abhimanyu.