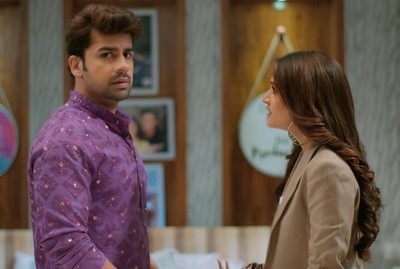 Star Plus's popular show Anupama is about to showcase some interesting drama ahead.

The Shah family celebrates Bhai dooj without Dolly and Pakhi tries to cheer everyone by dancing with them.

Meanwhile, Kavya thinks to win Vanraj's heart through his family.

Later, Kinal gets into an argument with Toshu when he asks her if she is planning to shift to the penthouse.

Kinjal gets annoyed and tells him that she cannot trust him anymore.

When Toshu asks her why she recalls how he insulted his own mother and left her and his family to live in the penthouse.

Later, Kavya interrupts them and takes Toshu side while Kinjal ignores Kavya and leaves for work.

Will Kinjal and Toshu's relationship come to an end?

Anupama 26th November 2021 Written Update Love for Anuj is it? Devika to Anupama