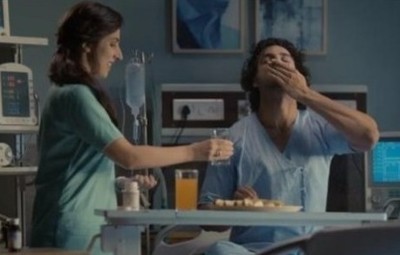 As seen, Niyati and Dr.Anand's marriage is fixed that hurts Abhimanyu badly.

He is unable to bear the pain of parting away from Niyati and begs her to marry him.

However, as Niyati refuses his proposal calling him only a patient, Abhimanyu goes wild.

He hurts himself crying his heart out for Niyati leaving Manorama worried.

Niyati rushes to his rescue and calms him down giving him medicines.

On the other hand, Manorama rushes to Niyati's house to find her but she meets her parents and the truth is revealed that Abhimanyu is Manorama's son.

Further, Niyati's father refuses to let Niyati meet Abhimanyu because of their past.

Will Dr.Anand cancel the marriage out of misunderstanding or will he confront Niyati's parents?