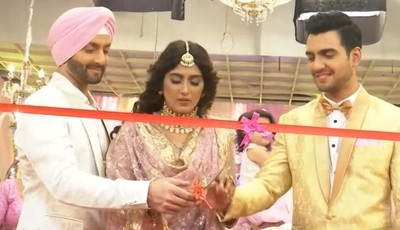 Seher thanks Rajveer for saving Karan's life and he tells her that everything happens according to their destiny.

Seher tells him that she knows his heart is pure and she finds his feet injured and goes to bring medicine for him.

Rajveer feels that he did wrong creating a rift between Karan and Param.

Kulwant gives Meher's diary to Karan and Param and recalls the moments they shared with their parents.

Seher asks Karan to forgive Param for her sake while he stays angry at Param for taking Harleen's side.

Seher tells that he also knows how much Param loves him and if he does not forgive him everything will be messed.

In the upcoming track, Police come to arrest Param and send him behind bars.