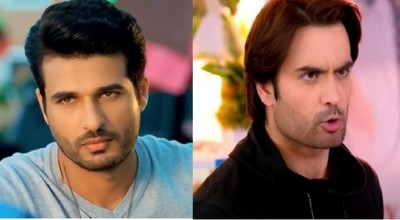 Ranveer's family has kept the engagement news secret from Ranveer.

Meanwhile, Riya invites Ansh to the party while he gets excited to see Ranveer's shocking decision.

Ranveer waits for Suhani at the party and she enters there with a gift for Ranveer.

Ranveer decides to introduce Suhani to Mamta but he fails to do so.

Further, Riya will reveal to Suhani that Ranveer is her prince charming which will shock Suhani.

Later, Ranveer will cut the cake made by Suhani for him and he will also wear the muffler gifted by her.

At the party, Ranveer will create a scene after learning about his engagement.

Further, Suhani will leave the party after that.

Will Ranveer confess his feelings to Suhani in front of everyone?

Sirf Tum: Riya reveals to Suhani that Ranveer is her prince charming

Sirf Tum: Ranveer cuts the cake with Suhani, gets mad at Vikrant

Sirf Tum: Ranveer refuses to celebrate his birthday, wants Suhani to wish him

Sirf Tum: Ranveer to confess love for Suhani on his birthday