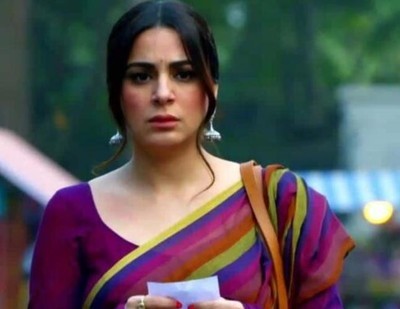 Zee tv popular show Kundali Bhagya is about to showcase some interesting twists and turns.

Preeta returns to Luthra house and makes the shocking announcement about being the owner of the house.

Preeta tells that she has come for the rights of the house.

Kareena says she liked Preeta speaking the truth for the first time and showing her true colors.

Bani decides to bring Karan to show him the ugly side of Preeta.

On the other side, Kritka is shocked and says that she can't believe that Preeta's real side is such bad.

Preeta reveals that she is the owner of the house

Kritika feels that she was foolish to believe Preeta while Preeta tells her that she does not care about her opinion and she has no time as she has bigger problems.

Preeta tells Rakhi that she is the owner of Luthra house and she has come to claim the rights and nobody can snatch her rights.

Preeta shocks everyone saying that she has done all the good deeds just to become Mahesh's favorite and to get all the property.

It will be interesting to see how Karan will react to this?