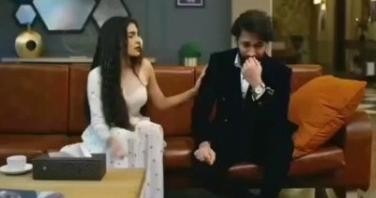 Sony TV's most liked show Bade Achhe Lagte Hai2(BALH2) is up with an exciting twist with Vedhika shifting to Kapoor Mansion.

As seen, with much emotional drama, Vedhika manages to emotionally manipulate Priya and gain entry into Kapoor House.

Further, she plans to rekindle Ram's feelings for her and thus create a rift between him and Priya.

Meanwhile, Adi tries to reason with Ram and convince him to reveal his past relationship with Vedhika to Priya.

However, Ram expresses his comfort with Priya and refuses to waste his time talking about the past that no more matters to him.

In reality, Ram is scared of losing Priya and thus avoids discussing his relation with Vedhika.

On the other hand, Vedhika makes plans to open up their secret affair in front of Priya.

Ram is clear in his mind about Priya's importance in his life and is not willing to let go of her at any cost.

Let us wait and watch if Vedhika manages to overshadow Priya and make a place for herself in Ram's life.

Bade Achhe Lagte Hain 2: What is Vedika Playing At? The upc...