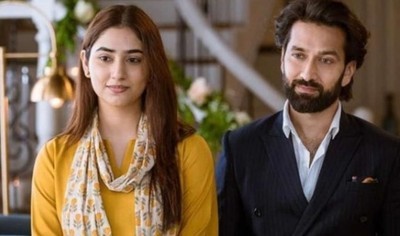 Sony TV's favorite show Bade Achhe Lagte Hai2(BALH2) is up with an interesting twist as Ram is quarantined while Priya worries for him.

As seen, Ram is infected with the virus and thus he has been quarantined in a hotel room.

Hearing this news, Priya is very much worried for him and prays for his well-being.

However, after meeting the doctor and having a video call with Ram, Priya feels relieved.

Further ahead, Priya gets emotional seeing Ram and confesses her wish to get locked with him in the room rather than staying away from him.

Further ahead, Ram too wishes Priya was with him and they share an eye lock moment.

Meanwhile, Priya is irked by Shubham's irresponsibility in business and not caring for Ram.

She takes things into her hands and arranges meetings with the client.

This interference of Priya leaves Shubham and Sid frustrated while Adi rejoices.

Let us wait and watch what new drama unfolds while Ram is quarantined.

Bade Achhe Lagte Hain 2: What is Vedika Playing At? The upc...