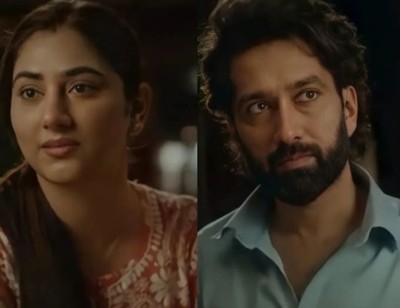 Sony TV is up with an interesting twist in its popular show Bade Achhe Lagte Hai2.

As per the ongoing track, Priya is handling business in Ram's absence which infuriates Shubham and Nandini.

Smartly, Shubham plays an emotional drama as per Nandini's master plan compelling Priya to think about her partnership.

Shubham expresses his feelings that Ram distrusts him and that he is incapable of doing anything fruitful hence he has given share to Priya.

This makes Priya feel bad for Shubham and she feels he should get a chance to prove his capability.

Hence, she decides to give up her partnership and let Shubham handle the business on his own.

Now, this is a major win for Nandini as she wanted Priya to leave the business.

Let us wait and see how will Priya's this decision affect her relationship with Ram.

Bade Achhe Lagte Hai2: OMG! This is what Shubham did to Priya in a drunken state