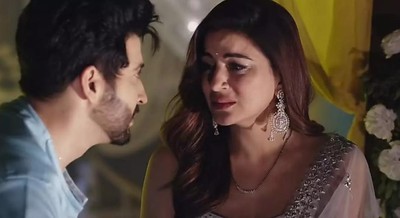 Prithvi gets worried knowing that Preeta is overpowered and thinks about ways to stop her.

Prithvi learns from one of his recruits that he has to be careful of his actions as Preeta holds a lot of power.

Prithvi gets stressed knowing this and he decides to come up with a new plan.

In the upcoming episode, Karan and Payal bump into each other and he saves her from falling down.

Unlike Karan, who is busy thinking about something Payal enjoys the moment.

Meanwhile, Preeta arrives there and Payal confronts her.

Payal questions Preeta about behaving nicely with Karan in private and pretending to be angry in public.

Preeta shuts up Payal with her reply reminding her of her and Karan's relationship.

Preeta tells Payal that she stands nowhere in the equation between her and Karan.

Kareen hears the conversation and he feels nice seeing Preeta talk indirectly about their relationship.