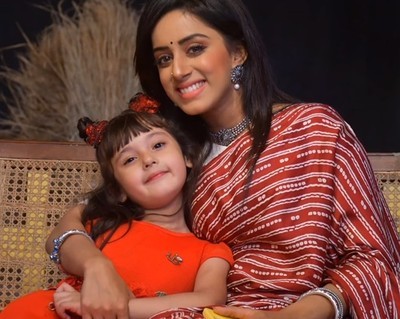 Rudraksh has learned that Preesha is in the same village and he comes up with a new contest plan to find her.

Preesha learns about the beautiful hand advertising campaign and she reaches the venue to audition and win the prize money of 1 lakh.

Rudraksh also waits to see if Preesha arrives for the audition.

Bunty organizes the hand campaign contest and he waits for Preesha's entry.

In the upcoming episode, Preesha reaches for the audition which leaves Bunty stunned.

Bunty and Preesha will come face to face while they will be shocked.

Preesha will enquire Bunty about Rudraksh while he will be happy that his idea worked.

On the other side, Bunty will also learn about Roohi being Rudraksh's daughter.

Will Preesha and Rudraksh get united now?

YHC: Shocking face-off between Rudraksh and Preesha ahead

YHC: Roohi accidentally spills the truth out to Preesha

YHC: Roohi accidentally spills the truth out to Preesha (Sar...

YHC: Roohi makes Rudraksh wear a saree to save him from Mukhiya's men