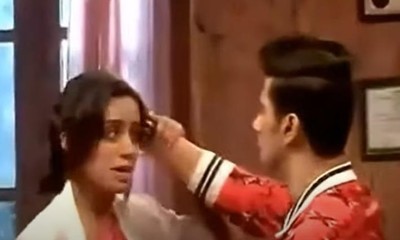 Till now we saw hit and miss between Rudraksh and Preesha but the duo felt each other's presence every time.

In the upcoming episode, Preesha and Bunty will come face to face.

Bunty will be shocked to see Preesha however Rudraksh will fail to see her he will get busy with Roohi.

Bunty will get excited and will decide to inform Rudraksh about Preesha but she will stop him from doing so.

Preesha will ask Bunty to keep her promise and not reveal anything to Rudraksh.

Further, Preesha will also revaeal about Roohi to Bunty and will request Bunty to keep this secret between them.

Will Rudraksh find Preesha? Will he learn that Roohi is his daughter?

YHC: Shocking face-off between Rudraksh and Preesha ahead