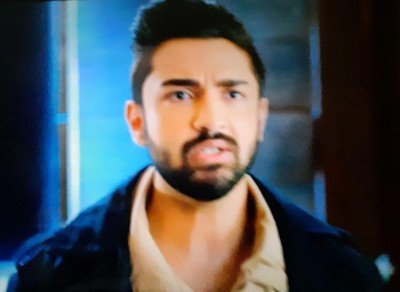 Bhagyalaxmi: Rishi(Rohit Suchanti) blames Laxmi(Aishwarya Khare) for separating him from his family

Zee TV's popular show Bhagyalaxmi is up with new drama and action.

As seen, everyone is blaming Rishi for his foolishness of marrying Malishka before completing a year.

Virendra has disowned him Neelam slapped him and Ayush too hold Rishi responsible for hurting Laxmi.

Moreover, Laxmi shouts and blames Rishi for being the worst husband and a bad person.

Now with all this name-calling, Rishi feels irked that nobody is bothered about his feelings but worried only for Laxmi.

Rishi thinks that because of Laxmi everyone in the family has started hating him.

Moreover, Rishi feels sorry the way things were exposed but feels he has not done anything wrong.

Further ahead, Rishi starts hating Laxmi for her behavior as she insulted him and called him names.

Thus, he decides never to contact Laxmi again because he is not a criminal to be treated in such a manner.

Now let us wait and watch what will be Rishi's future for rejecting Laxmi.

Bhagyalaxmi: Neelam's selfish side exposed not bothered for Laxmi's sorrow

Bhagyalaxmi: Neelam's selfish side exposed not bothered for ...

Bhagyalaxmi: No Looking Back for Laxmi, Rishi regrets wrong ...

Bhagyalaxmi: OMG! Laxmi recalls Rishi one last time at the end of cliff

Bhagyalaxmi: Oracle! No forgiveness for Rishi from Laxmi new...