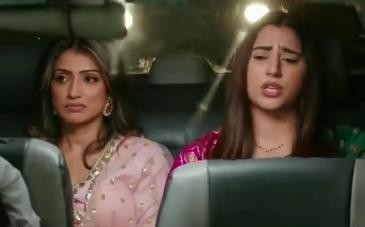 It was earlier seen that Priya planned huge surprise for Ram on his birthday.

However the credit goes to Vedika where Ram is unaware of the complete truth but Priya Adi and Ram's friends are aware of it.

Priya feels the prick of sadness but she remains quiet.

However when she was on the way with Sara she was much excited as she herself has baked the cake for Ram.

Ram likes everything homemade and special flavor rather than from outside bakery shops.

Unfortunately, Priya lets Ram cut the cake brought by Vedika for now, and later in their bedroom she has a special surprise for Ram where she gives him red flowers and asks him to cut the cake baked by her.