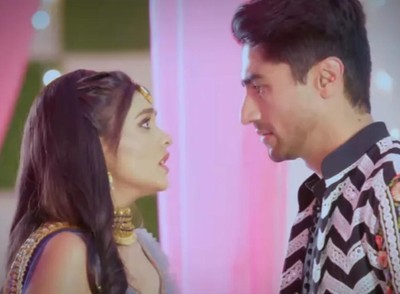 A big drama awaits in the love story of Abhimanyu and Akshara.

Birla family sends shagun ki Haldi to Goenka family for Aarohi but instead, the Haldi falls on Akshara's hand and she applies it.

This will be the biggest coincidence that after the Mehandi ritual, Akshara applied the shagun Mehandi on her hands now and now the same happens during the Haldi ceremony.

The major twist in Abhimanyu and Aarohi's Haldi

Both Abhimanyu and Akshara are unaware that God also wants the duo to get united.

Akshara will soon realize that she is doing wrong by getting Aarohi married to Abhimanyu as they both do not love each other.

Will Abhimanyu and Akshara will be able to understand each other or not?

It will be interesting to see what more drama will we get to see in Abhimanyu and Aarohi's Haldi ceremony.