GHKKPM: Pakhi worries about herself as Virat takes exit from the house (Latest Spoilers Alert) 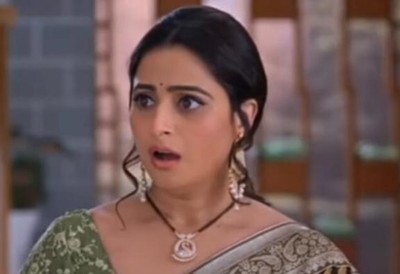 It was earlier seen that Virat gets humiliated by his family for having an affair with Shruti.

Virat decides to walk out from the Chavan Nivas while Pakhi tries to stop Virat from leaving.

Meanwhile, Virat asks Samrat to not show fake concern while Samart asks Virat to appreciate Sayi for not complaining against him.

Samrat further says that his complaint can snatch his duty to which Virat says that he does not care about anything.

Bhavani slips from the stairs

Pakhi worries about herself after Virat takes exit from the Chavan Nivas.

In the upcoming track, Bhavani slips from the stairs when Sonali mocks her for pouring her anger on them.