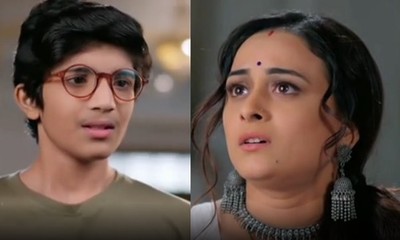 Saath Nibhana Saathiya 2 (SNS 2) TV serial of Star Plus is all set to see the huge twist of Kajal’s murder mystery and is the same Kajal whose identity Abhay gave to Gehna.

When Gehna becomes Abhay’s wife Kajal, she takes good care of everyone in his family, especially Rohan.

Rohan gets really angry when Gehna calls herself his mother.

As Rohan recalls the past when Abhay throttled Kajal and killed her, he is quite terrified since then.

And now when he shouts at Gehna saying his mother is dead and she is not his Mumma,

The twist in the tale begins from here when little by little the clues confuse Gehna who is living as Kajal.

Gehna fails to see any of her couple photos with Abhay and thus questions her mother.

While Abhay’s family is trying best to fool Gehna,

Will Gehna find the truth?

Will Gehna know that she hasn’t lost her memory but Abhay is playing a dirty game with her?

Saath Nibhana Saathiya 2: It's an end! Anant cuts off ties with Gehna

Abhay turns out new antagonist against Anant (Harsh Nagar) a...