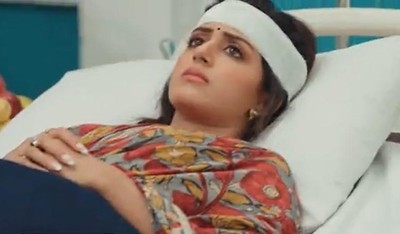 YHC: Hit and Miss for Preesha and Rudraksh again, Roohi plans their union

Rudraksh and Preesha's life is about to take a drastic turn in the story.

Till now Rudraksh and Preesha had many hit and miss moments but the duo felt each other's presence.

In the upcoming track, Roohi learns about Preesha's accident and she goes to meet her along with Rudraksh.

However, Bunty asks Rudraksh to stay there and he takes Roohi to meet Preesha.

On the other side, Yuvraj informs mukhiya about Rudraksh and they reach at the hospital to catch Rudraksh.

Rudraksh reaches Preesha's ward and he hides under her bed.

Yuvraj's plans will get flop again as Rudraksh will not get caught while Preesha and Rudraksh will once again fail to see each other.

Meanwhile, Roohi will plan to unite Rudraksh and Preesha.

YHC: Yuvraj to create a mess in Rudraksh (Abrar Qazi) and Ro...