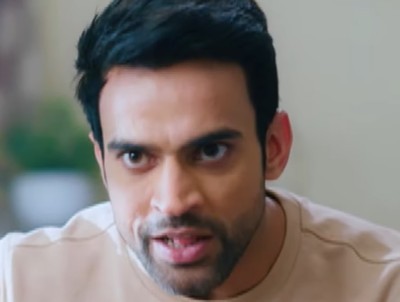 As we know, Ajit has decided to live in Swaran Ghar in order to protect the ladies of the house from any trouble.

Meanwhile, Kiran and Nimmo use Ambe's help to get a hand at the letters of Ajit and Swaran.

Amber hands the letters and the picture that she found in Swaran's room to Kiran.

Kiran and Nimmo fail to find anything worth scandalizing in Ajit's letters and they give up on the plan.

While now in the upcoming track, Kiran shows the letters to Vikram.

Meanwhile, Vikram notices the picture of Swaran and Ajit.

Vikram recognizes his mother and wonder who is standing with her in the picture.

Soon they will decipher that the guy is Ajit and will decide to take advantage of the picture.

In the picture, we see both Ajit and Swaran are having varmala in their hands in the picture.

Vikram will further assume that Swaran cheated on his father and married Ajit in the past.

OMG! Will Vikram misuse his mother's picture for his own benefit?