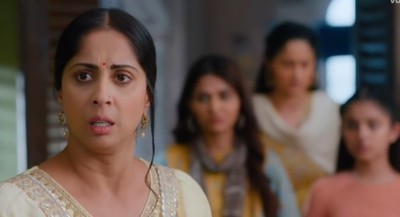 As seen so far, Swaran spots Amber entering Nimmo's house while out on an errand, leaving her suspicious.

On the other side, Nimmo and Kiran scold Amber and asks her to do as they say.

Later, Amber lies to Swaran which makes Swaran doubtful of her actions.

Now in the upcoming track, Swaran scolds Ajit and she says that he has taught her daughters to lie.

Swaran says that she is not foolish to not see the lie and she confronts Amber.

This leaves everyone shocked and they stare at Amber.

Will Swaran confront Amber about her connection with Nimmo?

Will Amber reveal the truth?