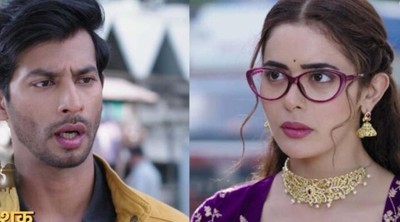 Colors popular show Spy Bahu is about to showcase some interesting twists in the upcoming track of the show.

As seen so far, Sejal tries to get away from Vyom as he forces her to dance with him.

Sejal asks him to let her go but when he ignores she slaps him in the face and asks him to never touch a girl without her permission.

Minal overhears the conversation and she reaches Nanda mansion.

Arun insults Minal while she gives him a befitting reply.

Minal then gets infuriated with Nanda's behavior and takes Sejal along with her.

Now in the coming episode, Yohan comes to meet Sejal and he asks her to forget the past and look ahead in life.

Yohan apologizes to her for everything that she and her mother had to face at his house.

Soon he extends his hand of friendship to Sejal.

Sejal recalls the times when Yohan took care of her and she also extends her hand and they form a special bond.

Has Yohan realized that Sejal is Mahira? Is he is love with Sejal?