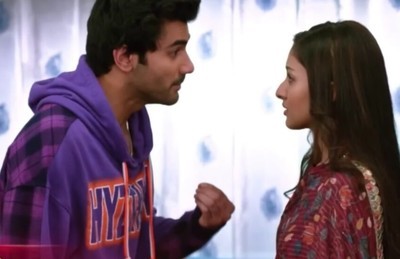 Colors' tv popular show Parineeti is about to showcase some major drama in the upcoming track of the show.

As seen so far, Rajeev sneaks out at night to meet Neeti and expresses his passionate feelings for her.

Meanwhile, Parineet has a terrifying nightmare and worries about Rajeev after waking up at night and finding him gone.

Parineet goes out to find him and gets scolded by Parminder.

Later, Parineet shares her concerns with Chandrika and here she decides to call Rajeev and call him home.

Rajeev lashes out at Parineet

Now in the coming track, Rajeev will come back home seeing Chandrika's calls and feels frustrated thinking Parineet must have created another trouble.

When Rajeev reaches home he lashes out at Parineet, confessing that he married her for her land, Parineet feels heartbroken.

Rajeev further says that he has nothing to do with her and asks her to get lost in his life.

Parineeti: Complex! Big revelation coming up Rajeev to be exposed

Parineeti: Complex! Big revelation coming up Rajeev to be ex...

Parineeti: Parineet gets hopeful to meet Rajeev, shocking revelation ahead

Parineeti: Parineet gets hopeful to meet Rajeev, shocking re...

Parineeti: Vicky loses his cool at Mandeep, Rajeev gets exposed

Parineeti: Vicky loses his cool at Mandeep, Rajeev gets expo...