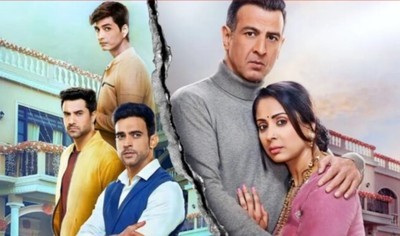 As seen so far, Swaran calls her sister-in-law and she learns that she has not yet informed her saasu maa about Kanwal's death.

She fears that she may get a second attack if she gets to know about her son’s death.

Swaran says that it is important for her to know this.

Further, Swaran informs her that she is going to relaunch Kanwaljeet’s beauty products business and wishes to take her mother-in-law’s blessings before starting the new venture.

Swaran’s sister-in-law praises Swaran and wishes her good luck with her new venture.

Soon Swaran's saasu maa will learn about Kanwal's death and here Swaran's sons will be seen taking advantage of it.

Stay tuned for more updates and news on SerialGosssip.com