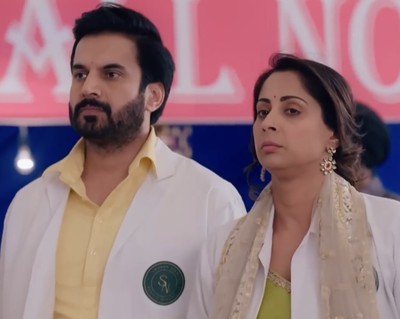 Colors' tv popular show Swaran Ghar is about to showcase some major drama in the upcoming track of the show.

As seen so far, Ajit helps Swaran in packing the boxes staying awake all night.

Ultimately after the drama that will ensue at the school, Ginni's team will be declared the winner.

While giving her thanks speech, Swaran will thank Ginni, and her husband, Bedi.

Further, she will have a special mention of Ajit and his efforts which makes Ajit Lamba happy.

Ajit will smile seeing Swaran's victory and after being appreciated by Swaran.

Divya is very possessive about her father and will want to meet him while Vikram will notice this.