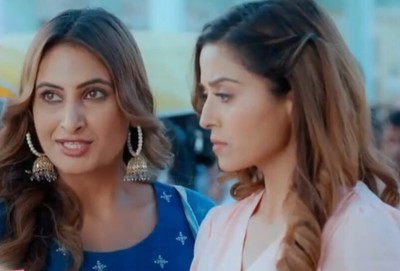 As seen so far, Ginni decides to take both Ajit and Swaran to her school for the project.

Moreover, she also mentions their name as Mr and Mrs. Bedi in the file.

Meanwhile, Ajit and Swaran are still unaware of it.

Now a major drama awaits in the upcoming track of the show as Swaran meets with a deadly accident.

Swaran gets strangled by her dupatta, which is caught in a table fan.

Ajit comes to her rescue and he manages to save her life from danger.

This news gets viral as the crowd watches Ajit saving Swaran from the major mishap.

The media makes it news where they mention Ajit's name as Mr.Bedi creating a new issue for Ajit and Swaran.