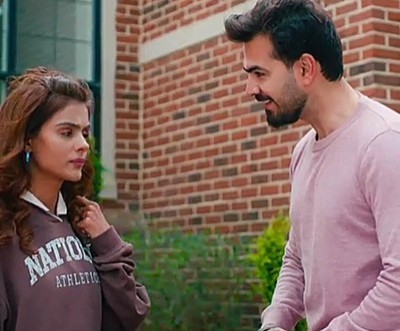 As seen so far, Angad assures Tejo to protect her from Fateh.

However, she soon identifies the true face of Angad as she reads the message on his phone.

While Angad tries to kill Tejo to conceal his real identity, Fateh arrives just in time and saves her. Furthermore, Tejo learns the truth about Angad being the person behind the attempted murder.

Tejo regrets not trusting Fateh and she fears being around Angad.

In an effort to successfully execute his plan, Angad drugs Tejo and renders her unconscious.

However, Tejo decides to act along to save her life and she acts to take the medicine.

Angad further puts Tejo inside the car trunk while Tejo makes a call to Fateh for help.

How will Fateh deal with Angad now?