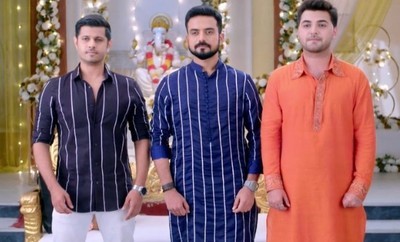 It seems that Bhavani gets extremely upset with Virat hiding a big truth from her.

Virat further sides Sayi against Bhavani saying that she will also be the bahu of the house and also a doctor.

Bhavani gets agitated and she slaps Virat in anger.

As Sayi gets emotional seeing Virat getting bashed by Kaku she tries to speak to Bhavani.

Bhavani tags Sayi as Dhokebaaz and asks her to stay away.

Virat stands in support of Sayi

Virat later apologizes to Bhavani for lying to her and explains the situation to her.

Virat tells that he never wanted to lose Sayi which is why he had to take such a step.

Virat questions Bhavani over her decisions to make her understand his decision.

Will Bhavani be able to change her decision?