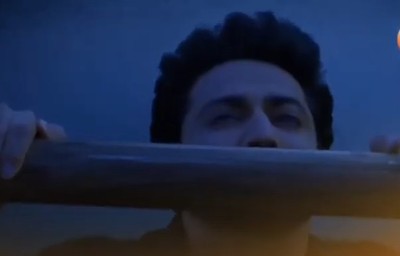 Zee Tv's popular show Kundali Bhagya is all set to grab the viewer's attention with its spicy and dramatic storyline in the upcoming episodes.

As seen so far, Preeta decides to expose Roxy and Natasha but they learn about her presence.

Roxy and his friends hold Preeta captive and Rishabh rushes to rescue Preeta.

Meanwhile, a man clicks their pictures, and here Natasha uses it to prove to Karan that Rishabh and Preeta are having an affair.

Now in the upcoming track, Karan gets drunk and leaves the party.

Rishabh and Preeta decide to find him while two masked people head towards Karan who is standing near the edge of the bridge.

Rishabh and Preeta rush to save Karan

Karan misunderstands them to be Preeta and Rishabh and he accuses them of cheating on him.

The lady pushes Karan into the water and they run away.

On the other side, Rishabh and Preeta reach the stop and find Karan’s life being in danger.

Karan will witness Rishabh and Preeta before drowning in the water.