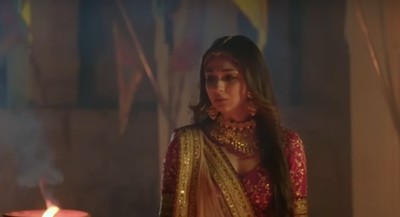 As revealed earlier, Armaan has made Soumya's life tough as while she is also financially drained out.

Armaan's fake news regarding Soumya has defamed her to such an extent that getting a job is also difficult for her.

However, she is in dire need of money to save her family from being thrown out of the house.

In such circumstances, Soumya takes a big task at hand risking her life.

Soumya agrees to do a dangerous act for a shoot where she has to walk through fire.

She gets a hefty amount for the act and is also much appreciated as well.

Furthermore, her stunt leaves Armaan shocked while the media questions his silence in spite of his wife taking such a risky job.

Now let us wait and watch how will Armaan save his skin from the media.