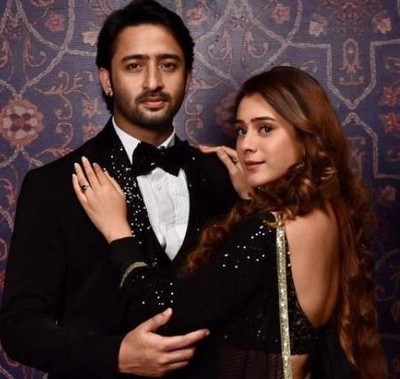 As per the ongoing storyline of Star Bharat serial Woh Toh Hai Albela we have seen how Saroj is turning much rude towards Sayuri blaming her to be the real murderer of her Chiru.

When Kanha admits the blame that he was the one who changed the Kundali.

In real Chiru forced Kanha to do this blunder where he was unaware of the fact that Chiru might die due to this.

Now Kanha cannot disclose the reality to Saroj and Sayuri where he keeps the truth to himself.

Nakul knows the truth and urges Kanha to disclose the same but he remains silent and bears all alone.

Finally Sayuri learns the truth and shows much concern for him.

Ahead in the show we will see Kanha and Sayuri getting ready for the upcoming party event where the duo are seen twinning in Black and they look hot couple.

Let's see what is in store for Kanha Sayuri and loyal fan followers.

Woh To Hai Albela: Sayuri learns about Kanha's love for her next step taken

Woh To Hai Albela: Sayuri learns about Kanha's love for her ...