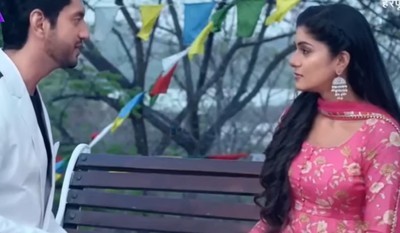 Colors' tv popular show Muskurane Ki Wajah Tum Ho is about to showcase some high voltage drama in the upcoming track of the show.

As per the story, we saw that Katha's life takes an unexpected turn with Rahul's betrayal.

On the other hand, Kabir who is destined to cross paths with Katha falls in love with Katha and convinces her to get married.

However, there is a shocking twist in the story as soon it will be revealed that Abhishek Malik who essays the role of Rahul will turn out to be Kabir's brother.

As per the latest promo of the show, Kabir proposes to Katha for marriage and she happily accepts his proposal.

On the other side, Rahul meets Kabir and hugs him calling him his brother.

Kabir tells Rahul that he will soon meet his Bhabhi which makes the latter happy.

OMG! What will happen next when Katha will learn that Rahul is Kabir's brother?