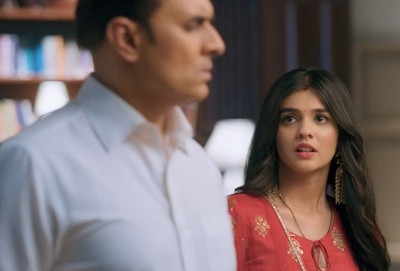 Star Plus's popular show Yeh Rishta Kya Kehlata Hai is about to showcase some big drama in the upcoming track of the show.

As seen so far, Abhimanyu and Akshara's life is facing a big ruckus these days.

Manjari has hidden the truth from Neil and Abhimanyu and after the truth is out her senses have blown away.

After learning the truth, Neil starts hating his mother.

On the other side, Akshara tries to show her father-in-law the right path.

Akshara tells Harsh that he can see his CEO position but not his wife, children, and relations and that she is against him.

Akshara tells that she wants Manjari to take the decision herself and one day he will regret it a lot.

Meanwhile, Aarohi is constantly playing the game with her hands and is not letting any chance to humiliate Akshara.

YRKKH: Pranali Rathod injured on sets, will she take a break...