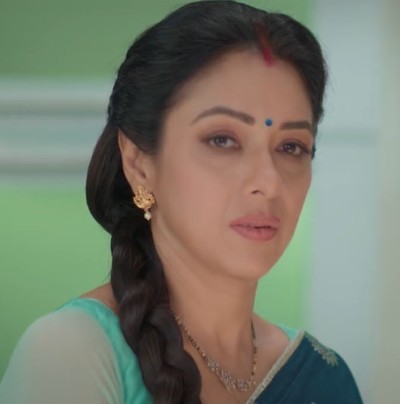 As seen so far, Anupama has noticed the closeness between Pakhi and Adhik which has left her shocked.

Meanwhile, Adhik wants to help his sister Barkha in her plans.

Adhik has planned to humiliate the members of Shah House by trapping Anupama's beloved daughter Pakhi.

Adhik calls Pakhi pretending to cheer her up and as Pakhi already likes him she will love it all.

Taking the matter further he will ask Pakhi to go on a coffee date.

Anupama to spy on Adhik

Pakhi will be on cloud nine as she will also start preparing for her date with Adhik.

On the other side, Anupama has understood that something is definitely going on between Adhik and Pakhi.

Anupama will thus be seen spying on Adhik to handle things in time.

It will be highly interesting to see if Anupama and Vanraj will come to know about Adhik's intentions before it's too late.

Anupama: The Game! Vanraj shakes his hand with Barkha

Anupama: The Game! Vanraj shakes his hand with Barkha Star ...

Anupama: Barkha in tightspot Anupama to expose her first Her...

Anupama: Vanraj wants the ace card to rule back like a King

Anupama: Vanraj wants the ace card to rule back like a King ...