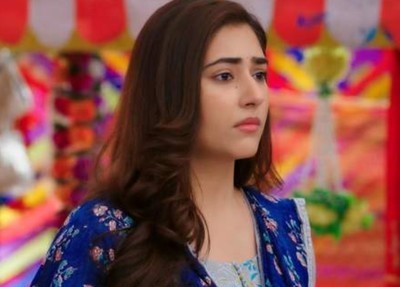 BALH 2: Ram breaks down learning about Pihu boils into the anger of betrayal

Sony TV's popular show Bade Ache Lagte Hain 2 is all set to showcase some big drama in the upcoming track of the show.

As seen so far, Ram and Pihu's continued conversation and meeting at the fair.

Pihu comes running and stops in front of Ram as he stands by his car.

Pihu runs towards Ram while he also extends his arms with softness taking over his heart.

However, Pihu passes by Ram without meeting him and hugs another person standing behind him.

Ram turns around only to see Pihu laughing in Krish's lap.

Krish spots Ram staring at him and gets a bit taken aback.

Ram breaks down in anger

Surprisingly, Ram comes to Krish and asks Krish if Pihu is his daughter to which Krish nods with a yes.

Hearing this Ram breaks down and leaves boiling with the anger of betrayal.

Will Ram learn that Pihu is actually his daughter?

BALH2: Hot Drama! Kanika gets closer to Ram for a lusty kiss

Bade Achhe Lagte Hai2(BALH2): Pihu gets into Action to shiel...

BALH2: Tit For Tat! And finally Nandini's reign comes to an end

BALH2: Pihu calls out Papa to Ram in his and Vedhika's marri...